The idea for a Conference Roundup app was borne out of a self-development goal I had set for myself: learning how to develop iOS apps using Objective-C and Xcode. The app was based on one of my side projects, the Conference Roundup website. Instead of developing an API from the ground up, I decided that using an existing and functional API made more sense, because, as current users would see it, the app was an extension of the website.

Related: Read my Medium article on the topic of side projects. 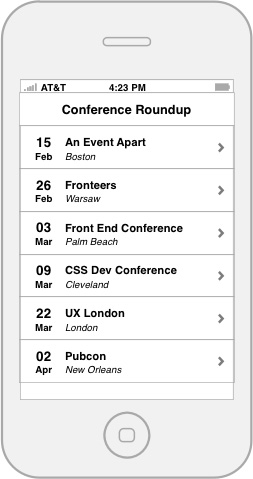 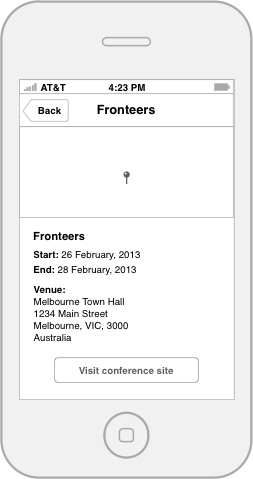 For the creative design of the app, I partnered with David Angerer, a talented Creative Director and Interaction Designer I have had the pleasure of working with for several years. David created the user interface of the app based on the wireframes I'd put together, as well as the app icons.

When we began working on the app, our focus was to create the app for iOS6, which was the latest operating system at the time. However, iOS7 was released a short time later. We quickly switched gears and modified the app to conform with the look and feel of the new OS, which was significantly different.